Skepticism of Bannon declaring an "economic war" with China

Posted by Kevin Slaten
Fresh off steering strategy for a presidential campaign and White House which has damaged institutions and democratic norms in the United States, Steve Bannon flew to Hong Kong in the second week of September to deliver a speech to investors at an event hosted by a Citic subsidiary. He was greeted by protesters outside the venue decrying the toxic politics Bannon is famous for nurturing.

In line with his nationalist rhetoric, Bannon declared an "economic war" between China and the U.S. during his speech. At ChinaFile, a number of experts discussed the merits of this sort of label for the relationship between the two countries. My small contribution to the conversation is copied below. The entire discussion can be read here.


I question the motives of the messenger. The discussion above, to the credit of its participants, has revolved so far around the merits of using “economic war” as a concept in the discourse of U.S.-China relations and the extents to which China is competing on a fair playing field. But we should be wary of Bannon, a regressive political figure and “alt-right” enabler who craves conflict within the U.S. and apparently war with China, of dishing up a conversation on the policy nuances toward China. Somewhat like the race-based theories of social organization to which his Breitbart faithful adhere, Bannon seems to selectively use bits and pieces of acknowledged fact to advertise a normative argument for deeper conflict, in this case with China.

Many people within the policy and political science community have engaged for years in discussion of the U.S. trade stance toward China and its bucking of international norms and standards. This conversation should continue, inclusive of those across the policy spectrum. But we ought to remain circumspect toward those who may not be engaging in good faith, who do not intend to maintain a just and peaceful world or resort to conflict as a last resort, those who undermine democracy with ethnocentric populism and envision a world divided along such lines. Bannon’s Hong Kong speech is an effort to stay relevant after leaving the chaos he helped mold in the White House.

Interview with VOA about arrest of Lee Ming-che 美國之音採訪：李明哲被抓事件

Posted by Kevin Slaten
Below is a March 31 article from Voice of America (Chinese) on Taiwanese human rights activist Lee Ming-che, who was arrested while visiting China in March and who remains in pre-trial detention. VOA interviewed me for the story, quoting my analysis of the reasons behind his arrest.

在美国之音电台谈总统候选人首场辩论 Discussing the first presidential debate on Voice of America

Yesterday I was invited to participate in a discussion of the first presidential debate between candidates Hillary Clinton and Donald Trump on Voice of America's Chinese-language channel. The full video is below. It is in Chinese without subtitles.

Conversation: How Should the Republican Party Approach China Policy?

ChinaFile hosted a conversation during the Republican National Convention on Trump's China Policy. It was kicked off with comments from his advisor Peter Navarro, a business professor at University of California Irvine. Along with others, I took part in the conversation. My comment is copied below. The conversation can be found here.


For starters, Republicans should stop seeking out the next war. Historically, Bush II was good at war-making—though maybe not war-winning. The fear and simplistic narrative of war, splitting the world into ‘us’ versus ‘them,’ can be an effective tool to mislead and corral the public. Such a tool is especially potent in a national campaign during a time when people are struggling economically and told to dread impending, random violence. Donald Trump now looks to formulate another war, a trade war with China. The narrative is custom-made to evoke fear and nationalism: A far-off country with an authoritarian government and a bone to pick is maliciously stealing your livelihood and weakening your country.

There is considerable imprecision, narrowness, and risk in Trump’s China narrative.

First, an examination of history will teach us that manufacturing began declining in the U.S. in the 1970s, long before China came on the scene as an industrial powerhouse. Huge structural shifts were caused by our North American allies via N.A.F.T.A., but we are not declaring “war” (i.e., needlessly demonizing) Canada and Mexico because of their economic impact on the U.S. (But based on Trump’s wall and immigration rhetoric, we cannot seriously doubt that he would not escalate conflict with America’s southern neighbor.)

Posted by Kevin Slaten
Fortune reported on the investigation of China Labor Watch into widespread and serious labor rights violations in Chinese toy factories supplying to top global toy brands. Forbes received responses from a number of the implicated toy brands. The beginning of the story is below.

Laborers at some toy factories in China work without adequate protection, toiling long hours with few, if any, breaks. Many facilities lack proper fire safety measures and subject workers to poor living conditions. For some, quitting means giving up earned wages. According to a new report by China Labor Watch, which investigated five major factories that supply toys to Hasbro and Mattel, labor violations are rampant in Chinese toy factories.

China Labor Watch sent undercover investigators to the factories, which altogether employ about 20,000 laborers. “Over the past 20 years, toy brands and retailers have reaped tremendous benefits from the labor and sometimes even the lives of Chinese workers,” China Labor Watch Program Coordinator Kevin Slaten said in a press release, “yet these companies fail to respect labor rights and to ensure that workers also enjoy the fruits of the toy industry’s success.”

Read the rest of the Fortune story.

Lessons of the Tianjin Explosion

Below is my contribution to a conversation on ChinaFile about the destructive Tianjin chemical explosion. The entire conversation can be viewed here.

Five days before the terrifying and deadly Tianjin explosion was the first anniversary of the Kunshan Zhongrong Metal Products incident, where a massive metal dust explosion and fire killed at least 146 workers. In a report I wrote for this website about a month after the tragedy, I cited the latest casualty figure: 75. I also explained how the government apparently had deemed the incident a sensitive topic, censoring conversation and reporting. It was only in December, 2014, four months later, after the immediate shock had subsided, that the State Administration of Work and Safety revised the death toll in Kunshan to 146 people.

Is China's Reform Era Over and, If So, What's Next? (ChinaFile)

Posted by Kevin Slaten
Fordham Law School professor Carl Minzer's article in the Journal of Democracy sparked a conversation on ChinaFile about the future of China's political landscape. Minzer's argument traces the political evolution of the Communist Party in the "Reform Era", when Deng Xiaoping took over the reigns of power in 1978, to the current day, a time when Xi Jinping's anti-graft campaign and re-entrenchment of nationalist rhetoric has set the Communist Party and China on a new path, which Minzer suggests constitutes a post-reform deliberalizing era. But where this path will ultimately lead currently remains a matter of oracle bones.

I had the chance to participate in the discussion at ChinaFile, which can be viewed here. 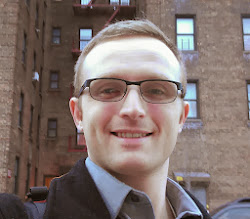 I am a researcher and rights advocate with attention towards social justice, social movements, labor, China, and U.S. foreign policy. Previously, I served as program coordinator at China Labor Watch, a labor rights watchdog group. In 2012, I did a year of fieldwork in China on the rights defense of manufacturing workers. Before that, I was a Fulbright grantee in Taiwan and a Junior Fellow at the Carnegie Endowment for International Peace. A number of outlets have published my writings: some include ChinaFile, South China Morning Post, Foreign Policy, The Diplomat, and In These Times. I've also been interviewed by the BBC, CNN, NYT, WSJ, The Guardian, New Yorker, Washington Post, CNBC, NPR, and others. Education: MA in advanced Chinese from The Ohio State University and a BA in political science and sociology from the same school. Unless expressly stated otherwise, opinions on this blog are my own.